Many of you have asked us to list out our partner restaurants and their TFT dishes, so here is a list (in alphabetical order, categorized by cuisine, last updated on 14/11/2013.

For restaurant locations, see the Table for Two HK map!

When you order any of the Table for Two dishes listed below, $2 from the cost of your meal will be used to buy a school lunch for a child who needs it! (For more info about where we operate our school meal programmes, see here)

Thank you to all of our partners! 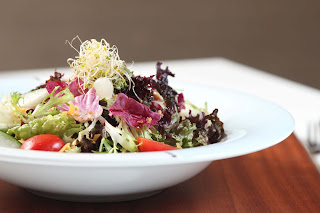 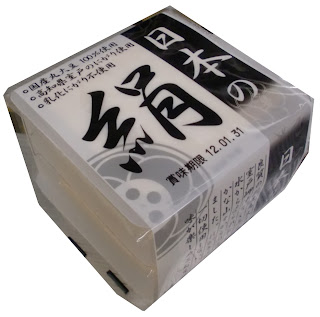 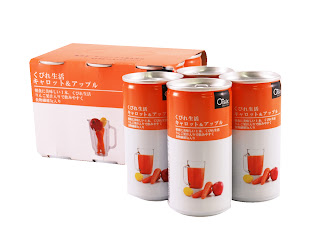 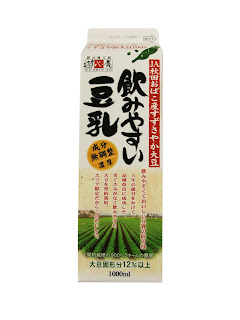 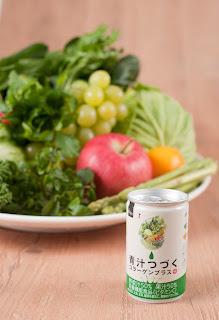 I took a practical training class in public health nutrition today, about what constitutes adequate food stock provisions in case of emergency, with a projection of 3-day-continuity, 3 meals a day. The amount of food shown in the above picture is only enough for two adult people, providing each person with 1600kcal a day, nutritional balance, and ease of cooking. Also, after the earthquake and tsunami in March of 2011, it has been found throughout that evacuees have rare chance to have the chance to move around and maintain a health level of physical exercise during disasters, due to the disrupted natural environment and consequent safety issues. The course instructor recommended that evacuees ration their daily allowance by making one meal smaller, preferably consuming less food for supper in comparison to that eaten for breakfast and lunch.

I was quite surprised by today’s practice and presentation. Looking at the amount we need to maintain decent daily life during a disaster, I realize that my stores are too small. By taking this course, I was reminded how empty all the hypermarkets' food sections were during the disaster of March 2011. We would all be well advised to be well prepared, so that we will not have to worry in times of need.

We're proud to announce that we have an amazing new partner: Secret Ingredient! Secret Ingredient is Hong Kong's first "Ready to Cook" Delivery service. You choose a recipe online and they deliver all the ingredients pre-chopped for you to cook at home in less than 30 minutes. They provide balanced meals for the busy professional, the family, and dinner parties.

Check out the gorgeous SI-TFT dish: Poached Salmon with Watercress Sauce and a New Baby Potato and Green Bean Salad. Thank you for your partnership and dedication to healthy eating in HK, Secret Ingredient!

Posted by Anonymous at 5:04 PM No comments:

If you are passionate and looking to make a real difference in our world by addressing global food imbalance or world hunger, we have an opportunity for you! We are looking for 1 or 2 part-time Executive Director(s). Please go to our website (the following link) to read details and application instructions:

The Hong Kong Convention and Exhibition Centre celebrated its 24th anniversary yesterday at Congress Restaurant, and our founders were in attendance! HKCEC is now a TFT partner, and New Shanghai is serving serving TFT meals. Congratulations on your 24th year, HKCEC, and thank you for helping us to alleviate the global food imbalance! 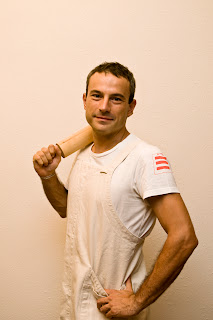 
In our world of 7 billion people, 1 billion are hungry, while roughly an
equal number suffer from obesity, diabetes, and other health related issues of
overconsumption. Malnutrition is an issue in developed economies such as Hong
Kong as much as it is in developing countries.

It is often assumed that nothing much can be done to remedy the
widespread undernourishment of the world today. However, there is little
basis for such pessimism and for assuming the immutability of hunger and
deprivation. These were the words impressed on me from the Indian Economist
and Nobel Prize Winner Amartya Sen, whom my Master degree dissertation
focused on.   Mr Sen demonstrated that is incorrect to think of hunger as
resulting mainly from the inadequacy of food output and supply.  He stressed the
importance on the political and social arrangements that can influence the ability
of people to acquire food and achieve health.  His work has been seminal in the
development of the Human Development Index (HDI) published annually by the
United Nations Development Program that ranks countries by a combination
of three factors: average income, educational attainment and life expectancy.
Gross Domestic Product (GDP) is not enough to achieve development; society
needs to invest in the health and education of its citizen, particularly their most
vulnerable ones. In the list of country sorted by GDP, China ranks 2nd behind
the US and ahead of Japan, but China ranks only 101 out of 187 in the Human
Development Index, on par with countries such as Turkmenistan (93rd in GDP
ranking) and Sri Lanka (72nd). The good news is that in the last 20 years the
greatest increase in the HDI happened in Asia, but much is still needed.

On the other side of the coin is the fact that malnutrition is not just
about lack of nutrients, but is also the unbalanced diet and excessive food
intake plaguing rich countries.  Hong Kong University 2010's Behavioral Risk
Factor Survey revealed that 38.7% of people aged 18-64 in Hong Kong were
overweight or obese.  The problem is more prominent in men: half of Hong
Kong's male population (49.35) is overweight. The World Health Organisation
(WHO) calls child obesity as “one of the most serious public health challenges of
the 21st century”.  According to statistics of Hong Kong's Student Health Service
(SHS), the prevalence of overweight and obese children among primary school
students rose from 16.4% in 1998 school year to 22.2% in 2009. Hong Kong eats
unhealthy: 79% of the population failed to meet the recommendation of having
at least five servings of fruits and vegetables per day. Poor and excessive eating
are directly linked to cancer, heart diseases and stroke which accounted for 55%
of registered deaths in Hong Kong in 2008, a staggering increase from the 29% in
1961, based on data from Hong Kong's Department of Health.

In the last two issues on this column I focused on individual who
makes Hong Kong food scene vibrant: first by looking at Margaret Xu's "farm
to table" philosophy and last week at Peggy Chan's entrepreneurship. Today
I would like to introduce to you two Hong Kong ladies who took actions to
address the obesity epidemic in Hong Kong by tying this issue to the global
food imbalance.  Meet Kathy Yung and Stephanie Tan, founders of TFT or Table
For Two (www.tablefor2.org.hk).  TFT partners with restaurants and corporate
cafeterias in Hong Kong to serve healthy, nutritionally balanced TFT-branded
meals.  "When buying a TFT-branded meal, one does good for oneself and for
another less fortunate.  We like to say that when you dine at TFT, you never dine
alone." says Stephanie.  A HK$2 charge -the United Nations guideline of the cost
of one nutritious meal in developing countries - is added to the price of these
meals, which is used to provide school lunches in China.

What inspires me of the story of Katy, who both work full time in finance, is their willingness to invest a significant portion of their time for the
cause they believe in, when it is so much simpler to just write a cheque,
particularly in rich and busy Hong Kong.  Both Katy and Stephanie have done
volunteer work in their life but they had the itch to do something more.  "During
the 2008 Sichuan Earthquake I was late in the office at midnight at usual " Katy
told me.  "I thought I wanted to do something more than just donating money to
the Red Cross.  I organized a fundraising event at my office that became an
outpour of generosity from my colleagues, who donated without a second
thought.  It touched me because with a little bit of effort a lot of people chose to do
something.  At the same time Stephanie was thinking along similar lines when they were both
at a brainstorming session on the issue of food waste at Social Venture
Network Hong Kong (www.sv-hk.org), an organization aiming to provide
financial and non-financial support to Social Purpose Organizations or Social
Enterprises.  Stephanie and Katy are both food lovers and that event "was a
serendipity to bring our interest in food to make a difference" says Katy.  A few
weeks later they met with Masa Koguri, the Japanese entrepreneur who started
TFT in Japan and decided to replicate its model in Hong Kong.

Passion moves mountains and Stephanie confesses that they did
not really know what they got themselves into. “If I look back into it, just give it a
try was our mentality.  There were lots of thing that we did not know and had to
learn; from the legal aspect of setting up a non-profit organization to the
challenges of organizing events.  We needed to learn how to understand
nutritional needs so we planned trips to visit schools.  We did not even know how
to write a press release for our first event and had to search it on Google."
Stephanie told me that one of the biggest challenges they faced was to involve
restaurants in the project.  They asked them to give their clients more healthy
option by including a TFT branded dish in their menu.  "Some of the restaurants
told us that dining is an indulgence and people don't want healthy options"
Stephanie says "so they turned us down, others
were keen to work with us. Hong Kong is the perfect place for TFT as everyone
likes to get together around the table and eat, so why not throw eating
consciously and giving to others into the equation?"

Today 7 people volunteer on a daily basis for TFT and since 2011 TFT Hong
Kong has raised funds to provide around 220,000 meals by partnering with
over 60 restaurant and more than 180 food outlets in Hong Kong. "One of the
things that I am proud of is that TFT is a Hong Kong charity addressing a global
issue" Katy says. "Usually western charities come to Asia but this time it is an
organization that started in the East and spread to the rest of the world.”

To support TFT Hong Kong dine at one of the TFT restaurants: http://
www.tablefor2.org.hk/eng/restaurant_shop.php or make a donation via wire
transfer HSBC 848 210 100 838

I am a proud supporter of TFT and the following recipe is my TFT sponsored
dish.

Dip the kingfish fillets quickly into the vinegar and dry them with a kitchen
towel.

Cover the fillets with a marinade made of 2/3 of olive oil and 1/3 of the juice
of fresh oranges. Slice one lemon and add it to the marinade together with the
parsley (full leaf) and two garlic cloves.

Let the marinade rest overnight and serve the fish with the cherry tomatoes, a
small slice of orange, salt and pepper.
Posted by Robin at 7:49 PM No comments:

Vivian Mak, the person behind the brand, is reputable for her innovation and creativity in marrying teas with different delicacies and cuisines (both Chinese and Western), so that people can understand the wonders of Chinese tea with a different perspective.

Did you know that both tea and chocolate have flavonoids that are anti-oxidizing and anti-aging; reduces blood pressure and blood cholesterols; reduces stress and gives us a feeling of pleasure?

Wouldn’t it be interesting to have both tea and chocolate together to achieve double the effect? This specially designed tea pairing menu will lead you to taste both the premium tea and chocolate and find the right match.